Call Now For An Estimate
Or To Schedule A Service 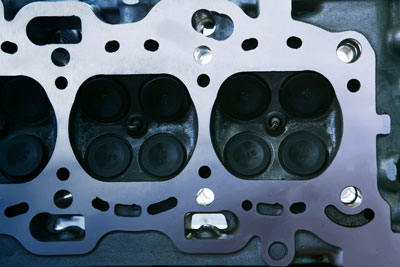 Head gasket failure can be catastrophic for an engine’s operation. Unfortunately, when head gaskets fail, it often points to the fact that the vehicle’s owner did not properly maintain engine oil or coolant levels at the manufacturer’s recommended intervals. In some cases, a failed head gasket can point to a leaking water pump or coolant hose. If you need a head gasket replacement, the ASE-certified mechanics and Ron’s Auto and RV can help.

WHY DO HEAD GASKETS FAIL AND HOW TO PREVENT IT?

Head gaskets can fail for a number of reasons; overheating, pre-ignition, or detonation are the most common causes. Engine overheating is the most common reason for a head gasket to fail. When an engine is overheated, the engine block and head can expand beyond their limits causing extreme pinching to the head gasket, ultimately causing this gasket to fail. Engines that are not timed correctly can also put undue pressure on the head gasket causing failure. The dreaded knocking or pinging sound from an engine can point to timing issues.

As mentioned above, the #1 reason for head gasket failure is engine overheating. Not properly and regularly servicing your vehicle’s cooling system (coolant flush), keeping coolant levels to acceptable levels, thermostat failure, or a leaking hose can cause thousands of dollars in damage fast.

Replacing a failed head gasket is not a job for an average at-home mechanic. It takes knowledge of the internal workings of an engine, as well as specialized tools. Typically this type of replacement is best left to an experienced auto repair mechanic. Often replacing a head gasket can be an expensive repair because other engine damage can occur when the gasket failed. Cracked or warped heads, burnt pistons, or damaged valves are some common types of damage.