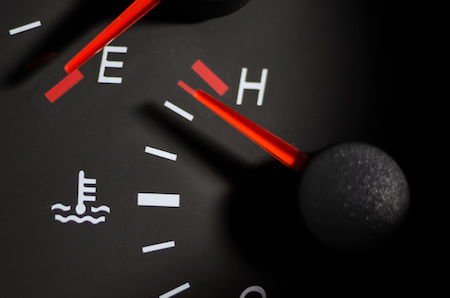 Repair or Replace Your Engine?

Engine trouble is as stressful as it gets when it comes to car issues. If your car is less than ten years old, when you have engine trouble, you are also faced with some difficult decisions. Do you repair the engine or replace it? Should you get rid of the vehicle entirely? If the car holds sentimental value, that decision becomes even more difficult. We’ve put together a little guide here to help make your decision a bit easier.

Below are some of the most common causes of engine failure. Certain types of damage, such as a cracked engine block, require an engine to be replaced rather than rebuilt or repaired. 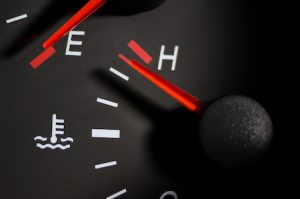 There’s a reason your car warns you immediately if your engine starts to run too hot. Overheating is one of the most common causes of engine damage, and your engine could be overheating for any number of reasons, including:

Keeping up with required maintenance is vital to protect the engine from overheating. Make sure to follow the manufacturer guidelines regarding all the necessary maintenance, such as oil changes, coolant flushes, and more.

The most common cause of engine failure is inadequate engine lubrication, followed closely by infrequent maintenance and repair. The engine uses lubrication as a means to protect moving engine parts from damage and unnecessary wear. If there’s low oil pressure or contaminated oil, the engine can fail due to damage to its components.

The term detonation refers to spontaneous combustion in the engine’s combustion chamber, similar to pre-ignition. Detonation causes engine damage if not addressed immediately. Common causes of detonation including a lean air/fuel mixture, too much compression, engine overheating, and low octane fuel.

Repair the Engine or Sell the Car?

In some cases, it may make the most sense to sell the car if replacing or repairing the engine would cost too much. However, if the vehicle is of sentimental value to the owner, this decision may not be as straightforward as it would seem. Depending on the make and model of the car, you may be able to find reasonably-priced replacement parts for the engine.

Signs You Should Replace Your Engine

The following are signs that it’s time to replace the engine rather than attempt to repair it.

One clear indication that the engine is on the way out is excess exhaust smoke coming from the tailpipe. If the exhaust smoke is blue, that’s likely due to oil burning in the engine due to overheating. White exhaust smoke indicates that coolant is in the combustion chamber while black exhaust smoke means that the vehicle is using too much fuel. Any of these issues can spell significant damage for the engine, and if left too long without care, will undoubtedly result in the need for an entire rebuild of the engine. In some cases, the engine may be able to be repaired without a full replacement, but ask a professional automotive technician for their opinion before shelling out thousands of dollars.

2. Knocking Sound From the Engine

If the engine block is cracked, whether due to normal wear and tear, neglected maintenance, or an accident, the entire engine needs to be replaced.

If you find metal shavings in the oil during routine oil changes, that’s a sign that engine parts are rubbing up against each other when they shouldn’t be. This symptom is usually a clear indication that the engine is on its way out.

5. Smoke from the Hood

If there’s an excessive amount of smoke coming from underneath the vehicle’s hood, it’s likely that the engine overheated, resulting in significant damage to essential parts as well as possible melting of moving parts. Depending on the type of damage done to the engine, this may result in replacing the engine or junking the vehicle.

How Can Ron’s Auto & RV Repair Help You?

If you have a problem with your engine, call us here at Ron’s Auto & RV Repair for high-quality automotive repair services. In addition to engine repair, we provide brake repair, regular maintenance, and RV repair services as part of our full-service auto repair shop. If you’re not sure if your vehicle’s engine needs repair or replacement, we can give you our honest opinion backed by years of hands-on experience. With decades of combined experience among its staff, Ron’s Auto & RV Repair is the best choice for you in Vancouver, WA. Call today!

Call Now For An Estimate
Or To Schedule A Service